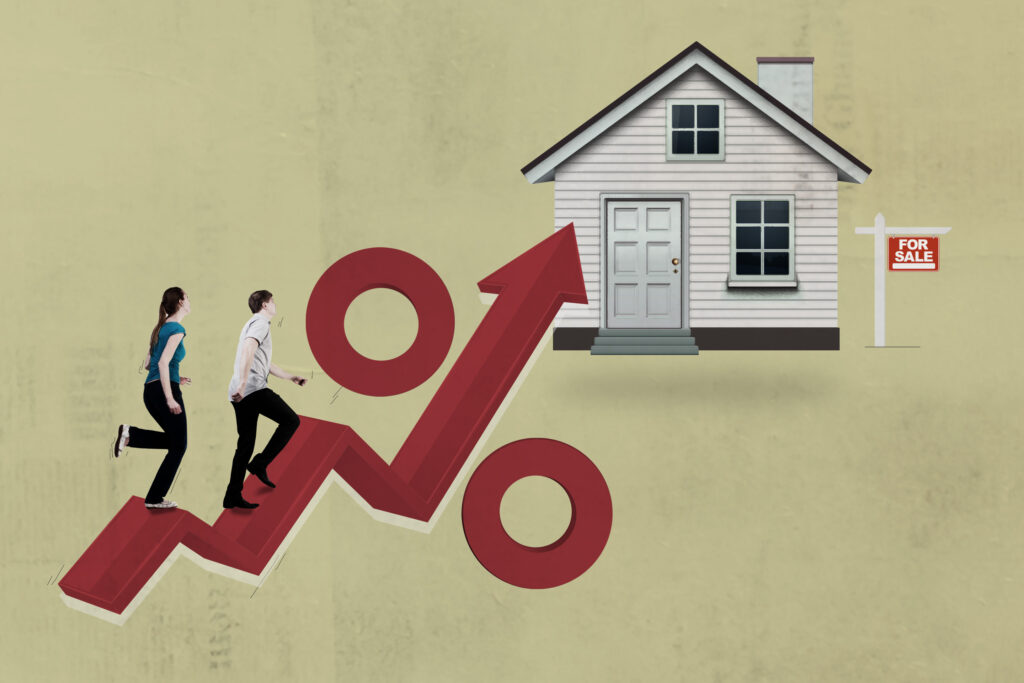 Mortgage demand volume increased last week for the first time in six weeks, according to the Mortgage Bankers Association, despite a rise in interest rates.

Abrupt swings in rates and uncertainty on the overall direction of the housing market are likely at play.

“Treasury yields continued to climb higher last week in anticipation of the Federal Reserve’s September meeting, where it is expected that they will announce – in their efforts to slow inflation – another sizable short-term rate hike,” said Joel Kan, an MBA economist, in a release.

Applications to refinance a home loan, which are usually very sensitive to big rate swings, actually rose 10% for the week, although they were still 83% lower than the same week one year ago. Part of that may have been due to the holiday adjustment the previous week. It also may have been that the very few borrowers remaining who could benefit from a refinance finally got off the fence, seeing that rates could climb even higher for the foreseeable future.

“The weekly gain in applications, despite higher rates, underscores the overall volatility right now as well as Labor Day-adjusted results the prior week,” Kan said.

Mortgage applications to purchase a home rose 1% for the week, but were 30% lower than the same week one year ago. Buyers are now seeing less competition in today’s pricey market, so some may be jumping in when they have the chance. Homes are sitting on the market longer and sellers are far more willing to negotiate than they were even three months ago.

Still, prices have not really eased much yet, and with rates as high as they are now, affordability is historically weak. The small weekly gain in mortgage demand really doesn’t represent the sharp correction going on in homebuying.

Mortgage rates shot even higher this week, according to a separate survey by Mortgage News Daily. It showed the average rate on the 30-year fixed just below 6.5% on Tuesday, ahead of the much anticipated Federal Reserve meeting Wednesday. Investors will be watching specifically for commentary not on a current rate hike but on what may be ahead.